– Practicing canoeing since he was 15 years old, being Spanish Champion of Aguas Bravas for teams as well as Spanish Rafting Champion. 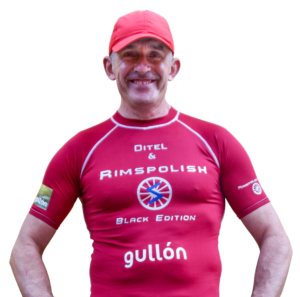 On December 10, 2017 I will depart from DAKAR (SENEGAL), to French Guiana, 4,700 km distance. This crossing of the Atlantic Ocean will be done alone with a rowing boat for approximately two months, without motor or sail, only with the strength of the oars and taking advantage of the currents and the winds, obtaining the electrical energy with photovoltaic panels in order to maintain communication equipment and desalination of drinking water.
meteorología  Situación de Ramón

ON A MOUNTAIN BICYCLE